Compliments of the season to you!

Known for recaps and resolutions, each new year often starts with retrospection and…the
month of January. January, as we know, is the first month of the year and contains 31 days.
The term originated before the year 1000 from Middle English, ultimately deriving from the Latin
noun use of Jānuārius, equivalent to Jānus. In ancient Roman culture, Jānus was a god of
doorways, beginnings, and the rising and setting of the sun. As the god of transitions, Janus is
often depicted with two, bearded heads that face in opposite directions, looking to both the
future and the past. After 153 BCE, January (mensis Januarius in Latin) became the first month
of the Roman calendar (which we adopted), the figure of Janus a perfect symbol for new
beginnings. 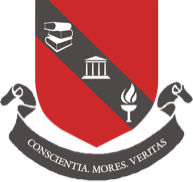